Welcome back from holidays, 7C!

As you already know, many people from ancient Greece were remarkably influential, impressively inventive and downright clever. For instance, there was Euclid, who figured out the rules of geometry and whose textbooks were used in schools until the 19th century. There was Homer, who is credited with writing down the legends of Odysseus and the Trojan War and whose stories have intrigued and inspired people ever since. There was the poet Sappho, whose work only survives in fragments – yet those fragments are so surpassingly beautiful, so intense and so memorable, that modern people still read her work with wonder. I could go on, but I want you to discover an ancient Greek thinker for yourselves. Here is your task:

Choose ONE of the great Greek thinkers listed below. Try to read two or three websites and one or two books about that person. The books could include an encyclopedia in the library or a dictionary or encyclopedia of biography.  Once you have found your information, design an attractive and eye-catching page about your famous Greek. Your page should include:

♦a summary of the person’s achievements

♦what you find interesting or admirable about him/her

♦quotations attributed to the person

♦symbols representing the person’s ideas or achievements (for instance, I have chosen a question mark for Socrates, because he was famous for asking questions) 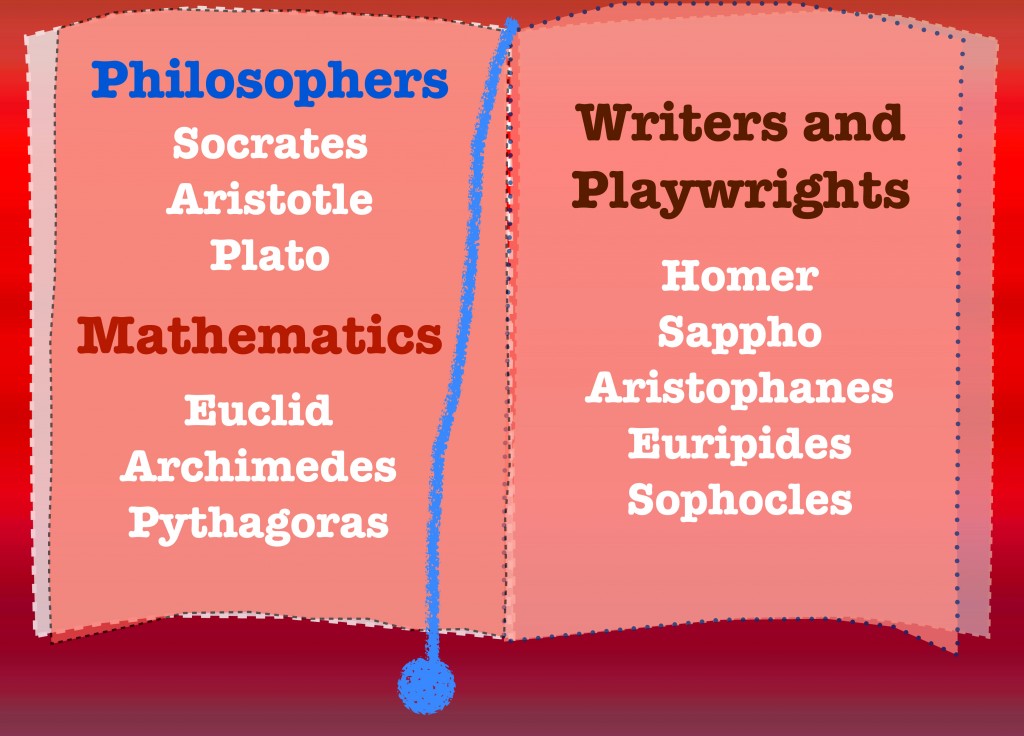 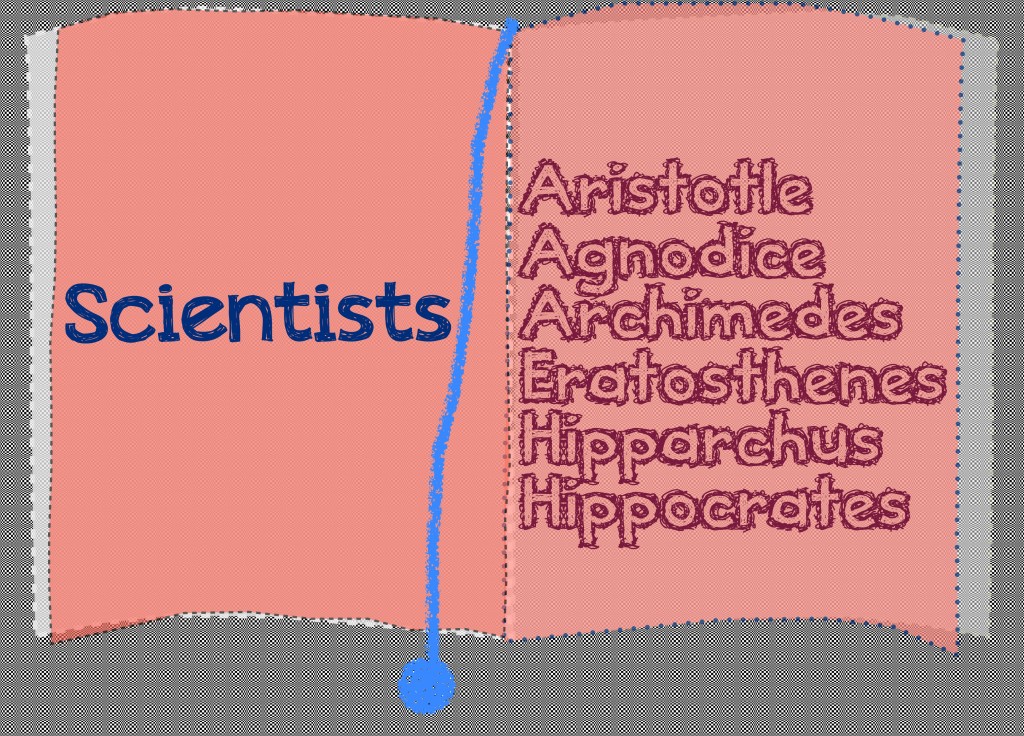 Summary and other links: http://www.woodlands-junior.kent.sch.uk/Homework/greece/famous.htm

First student: “The pillars at the front of the school? Hmm, would you say they’re Doric,

Third student: “I’d like to take Philosophy in Year 11. I’ve heard the teacher is very good. She uses the Socratic method…”

Fourth student: “You know one thing I hate about school? It’s so undemocratic. The teachers are all despots.”

Every single one of these statements touches on the legacy of the ancient Greeks. We might have arrived at all of these concepts without them, but since we can never know what would have been in history, we can’t be sure.

You are about to visit another ancient civilisation, one whose influence reaches, as the examples above show, to the present day. 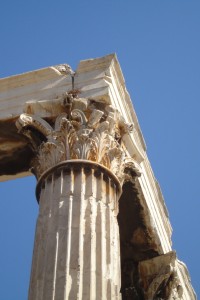 By the way, all the photos in this post were taken by my brother Ern during his trip to Greece. I am using them with his permission.

Write brief answers IN SENTENCES to the questions below, using the websites provided or your textbook.

♦What does the word “philosophy” mean?

/browse/philosophy (There are six definitions given. Look for the one you find easiest to understand.)

♦Where did the Greeks believe the gods and goddesses lived?

Read THIS SITE to discover the answer to this question.

Look at the picture at THIS LINK for ideas. 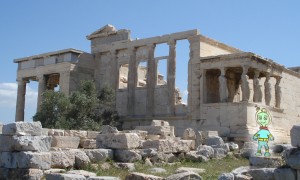 ♦What was the word for the market place in Athens? 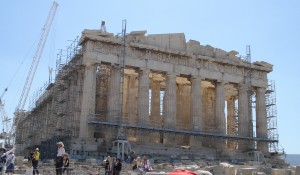 This site has an interactive map and many details about ancient Athens (and modern tourism).

♦Name the two most famous city-states of ancient Greece.

♦What was Euclid famous for?

♦How did Socrates teach? 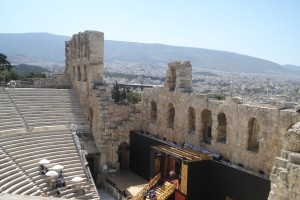 ♦What happened to Socrates and why?

♦Name one aspect of Athenian life that was not at all democratic!

One of the reasons that I like history so much is that it is full of contradictions. Just when you think you know everything, have seen it all, you read some unexpected story or discover some absurdity. The story of history, like the story of any single person, is full of twists and turns, inconsistencies and moments (or long periods) of hypocrisy. Like slavery in ancient Athens. Now there’s a brilliant example.

The ancient Athenians are often praised for their contributions to the modern world, and yet in the midst of that seemingly free-thinking, creative society they kept thousands of slaves. Of course, so did the United States until 1865, even though they had written in the beautiful words of their Declaration of Independence in 1776 that “all men are created equal”. You can see what I mean about contradictions.

When I ask my students to describe slavery, they always say, “hard work, no pay, hardly any rights…” Then they do a double-take. “Hey!” they cry. “That sounds like us.”

But that’s an exaggeration. Your teachers don’t own you. Even your parents don’t. We adults must follow the rule of law in how we treat you. A slave, in contrast, has no rights. A slave is the legal property of another and is forced to obey the owner. The owner can oppress the slave, punish him and sometimes even kill him without any punishment.

Slavery is the topic you will be exploring today. Try to work hard. Like a slave.

What percentage of the people of Athens were slaves?
How did one become a slave? (There are several possibilities.)
What jobs were done by slaves?

What do you think would be the most difficult aspect of being a slave? (put a thoughtful one-sentence answer into a comment)

Finally, try the “House Challenge” at this site, provided by the British Museum. You are not allowed to play this game until you have done the work above!