Hi, 7F! I hope your holiday was less dangerous than mine. I had to cross roads with traffic like this: 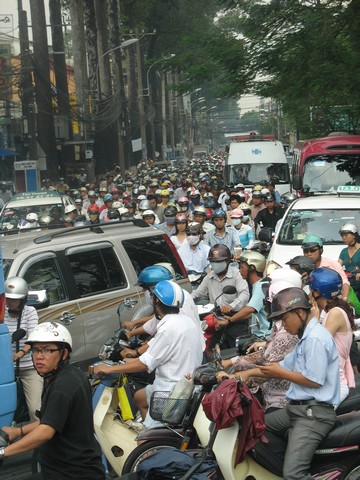 Check the guy in the front right of the photo. I do believe he’s texting. This photo was taken in Ho Chi Minh City and when you cross streets there, or to be more accurate plunge suicidally into the traffic, you wonder whether you will survive to reach the other side. Yet oddly enough there’s a certain order in the chaos – just like in my history classes with you.

So I’m glad to be safely back with you all, though I’d like to have another adventure in Vietnam SOON. I hope your holiday had just the right mixture of rest and adventure, like mine. 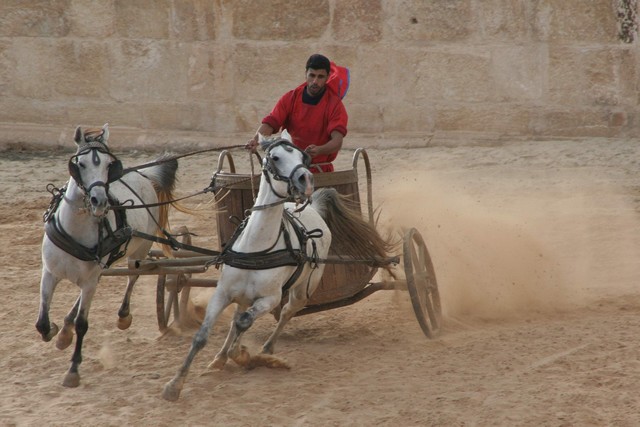 ***************(This doesn’t look like easy driving either. Our family friend, John Bayley, took this shot of a reenactment of a Roman chariot race during his visit to Jordan earlier this year. I’m glad this driver isn’t texting!)

Ancient Rome and medieval Europe were dangerous places in their own way. Sure, the Romans made great roads and aqueducts and administered a massive empire for hundreds of years, but despite their brilliance in many fields they had a brutal streak. They loved their blood sports – and today, in recognition of this, and AFTER you’ve completed the task in the post below this one, you can go to gladiator school. You’ll find it less bland than normal school, but of course more dangerous as well. The exam result in gladiator school was highly likely to be death, even if you showed great aptitude. 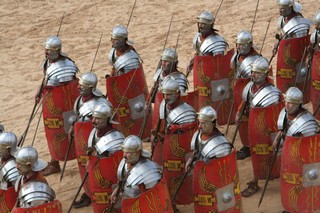 Reenactment of a Roman legion in formation, taken by John Bayley during his trip to Jordan this year.

First, do the work on the post titled: Back from Camp and All Roads Lead to Rome

Then and only then, visit the Gladiator Game at the BBC Website.

Try to survive, please. I’d like you to be around for the crusades and the Black Death later this term.

Kind regards and welcome back, 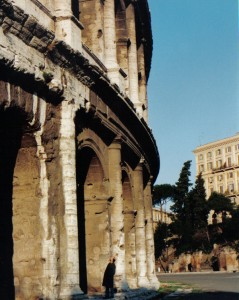 David looks up at the Colosseum in 1995.