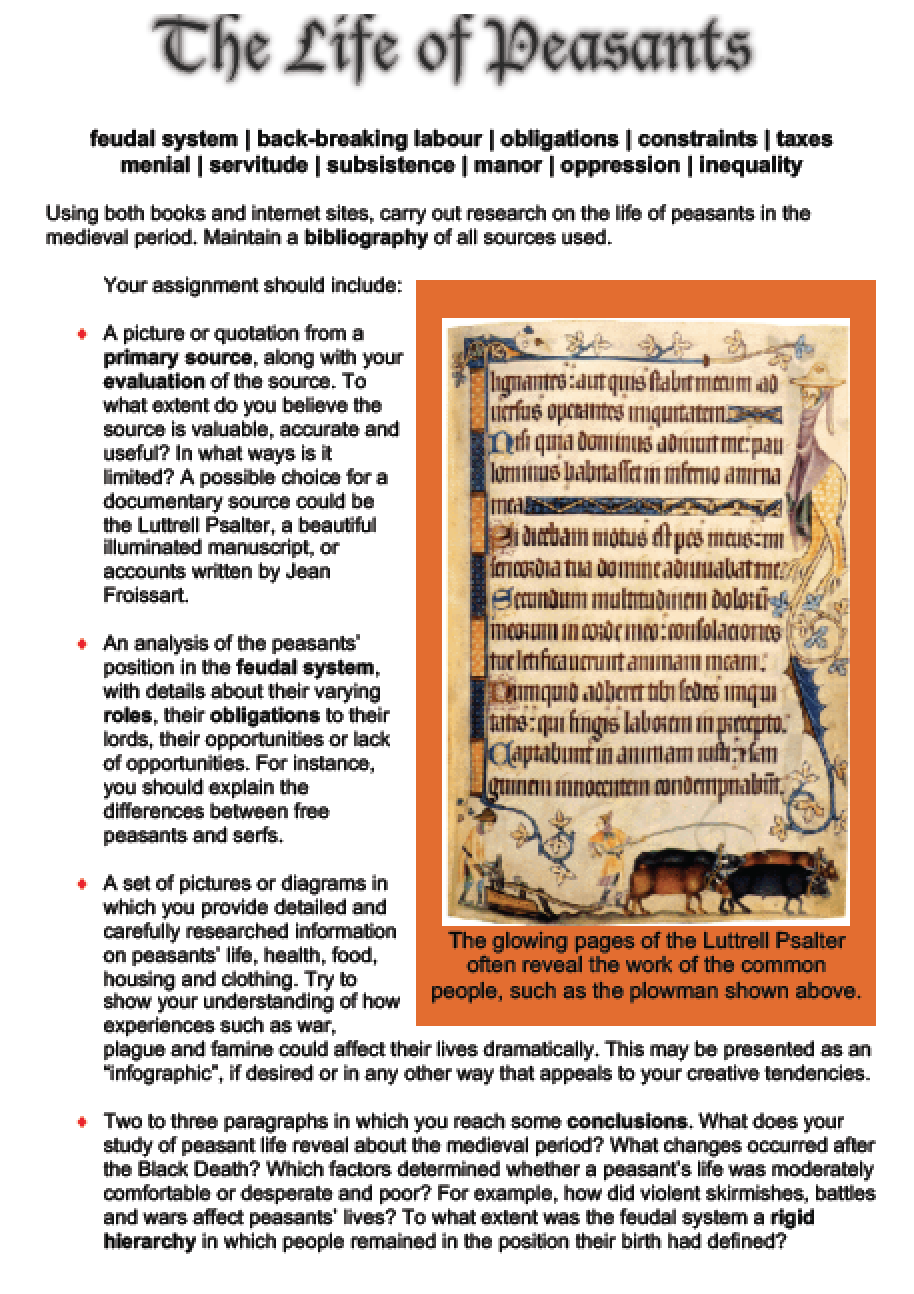 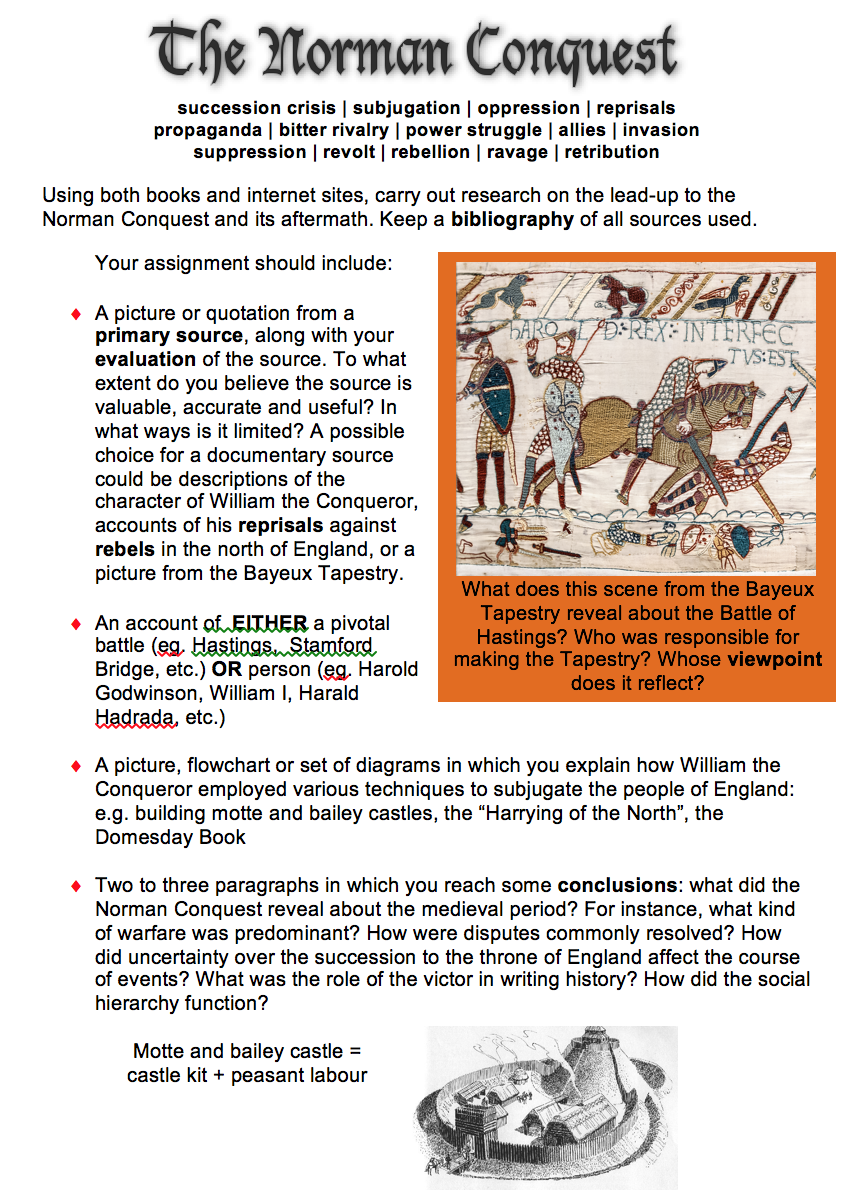 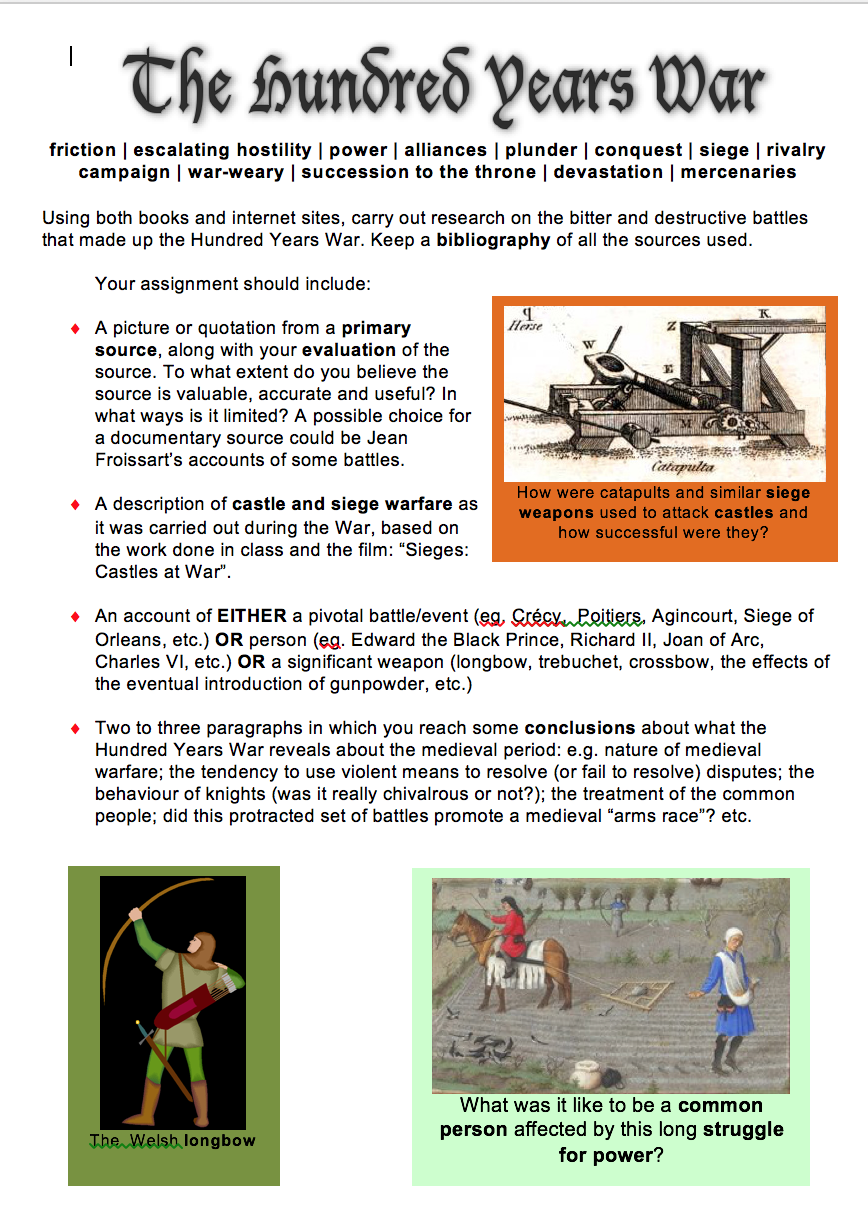 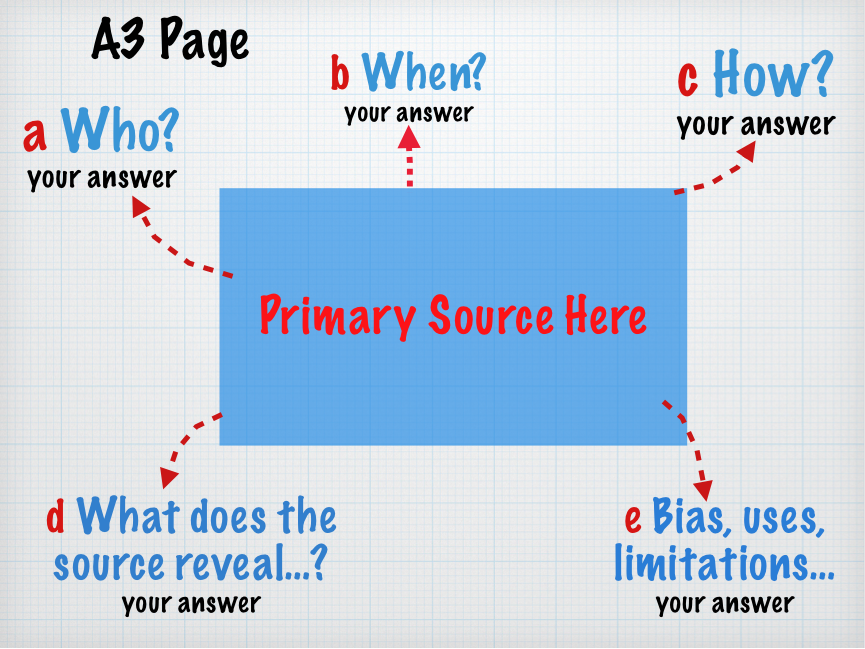 The Life of Peasants

The Battle of Hastings illustrates many aspects of the medieval world. 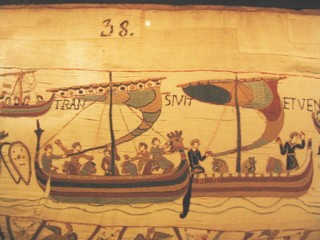 The Bayeux Tapestry, a picture in the Public Domain from wikipedia commons

Firstly, the medieval world was warlike. People solved disputes through battles, not diplomacy. Powerful men (and the occasional powerful woman) pressed their subjects into wars to gain power, to retain it or to further some cause they considered important. Sometimes I think that history is full of old men sending young men to war. This is a cynical view and you may find evidence to mitigate it – but not in this story.

Secondly, in medieval life, doubt over succession in a kingdom could lead to crisis: battles, struggles and civil wars. Power was a potent motive for people, seemingly more potent than the fear of death or defeat. In these struggles, the poor were often pawns, just as in the game of chess.

Thirdly, the Battle of Hastings illustrates an old adage: the victor takes the spoils and tells the story. William the Conqueror (who started out as William the Bastard) won the battle, the kingdom and the right to tell history his way. The Bayeux Tapestry was his testament; his followers cast him as a hero. A huge proportion of the English nobility died in the Battle and so did not survive to provide the other side of the story. Harold Godwinson, the English king whom William defeated, is believed to have died with an arrow through the eye. 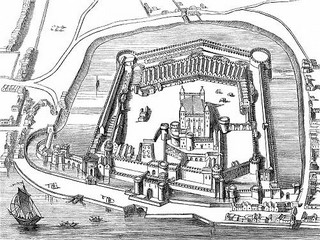 The Tower of London, from www.fromoldbooks.org. This building was started after the Norman conquest – as were many other forts and castles intended as Norman strongholds against a hostile Saxon population.

Lastly, one battle did not make a conquest. If you want to control a whole country, you may have to wage war in a sense for years – perhaps even for generations. William the Conqueror was single-minded in his determination to overcome the English population. He dotted castles all over the landscape, he put down northern rebellions with ruthless cruelty and then, just to top it all off, he got a medieval database up and running in the Domesday Book (pronounced DOOMSDAY) and used it to tax the English.

Start your study of this famous story by playing the Battle of Hastings game at the wonderful BBC website:

Now answer these questions about the Norman Conquest:

1. Why was the death of Edward the Confessor the catalyst for this struggle?

2. Who were the three main claimants for the throne and what were their claims?

Here’s the story of the Battle of Stamford Bridge, a bloody battle that Harold and his Saxons won decisively. Harold Godwinson was then obliged to rally his weary army and head south to meet William, Duke of Normandy, otherwise known as William the Bastard, at Hastings. In hindsight, perhaps he would have been better to take more time and let William and his men extend themselves…(You may have to watch this at home, sadly.) 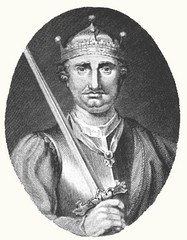 Due to his defeat of the Saxon army at the Battle of Hastings, William was ultimately dubbed the Conqueror, but there was still work to be done in order to overcome the rest of the population. By all accounts William was ruthless in doing so. His main methods were:

Viciously killing any members of the native population who rebelled or tried to resist him;

Eventually sending around investigators to write down who lived where, what they owned and what they should pay in tax. You see, William used the pen as well as the sword to subjugate the people he had conquered.

Kindly provided by a photographer who uploaded this picture to Wikimedia Commons, this is a ruin of a motte and bailey castle from Norman times, with a stone keep added later. “Motte” is a word from Old French meaning mound; originally a wooden keep was built on the mound while a bailey, a fenced area for animals, was built nearby. Other simple sheds and huts would also be built within the bailey. This kind of castle was quick to build but also much more easily breached than later stone castles and keeps.

1. Read the account of Norman castle building at the Britannia site below. You will need to scroll down to the heading: “The Norman Conquest and the First Castles”.

(a) Explain what each part of these early castles was, ie. the motte, the bailey, the wooden tower or keep, etc.

(b) What was the advantage of this type of castle?

2. Find a picture of a motte and bailey castle and place it in your document. Label the keep, the motte and the bailey, using autoshapes for arrows. Here are a couple to look at:

Stone castles were of course much harder to attack and sieges were more likely to fail than to succeed. These pictures will show you why. 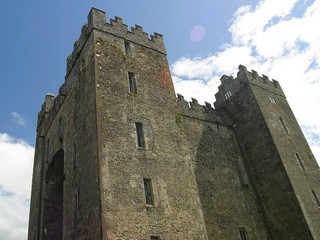 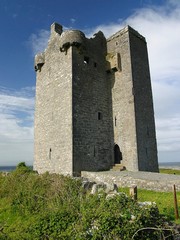 Bunratty Castle on the far left – photo in the public domain

3. What was the “Harrying of the North” and what does it show about the character of William the Conqueror?