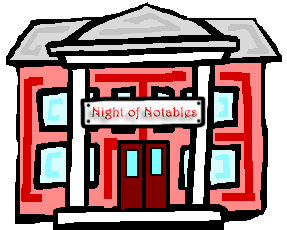 Here’s a tip: choose someone that few others have chosen. Choose someone YOU don’t know very much about. That way there will be a mystery for you to solve and many people will be curious to know about the person you have chosen.

Here are some notable people who, despite their great achievements and determination to improve human life, have only rarely been chosen by students before.

You won’t be able to watch any of the You-Tube videos at school, I’m afraid. You-Tube is frowned by the educational authorities, even though it can be thoroughly educational.

Kath Walker (Oodgeroo Noonuccal) She was an Aboriginal writer and activist who gave back her MBE in protest against the treatment of her people. Influential in winning the vote for Aborigines, she was a writer of great purpose and conviction. For instance, she wrote: “We need help, not exploitation.” One of her saddest poems was about an old man who was the last of his tribe. There was noone left who could speak to him in the language of his people. The poem shows her sense of loss and the desperate isolation of the old man. Oodgeroo Noonuccal wrote many moving poems. She was also partially responsible for gaining the vote for Aboriginal people. Click on this link to read a brief introduction to her life: http://www.library.uq.edu.au/fryer/worth_fighting/2.html

Sir Mark Oliphant was a brilliant Australian scientist whose work in nuclear physics was partially responsible for the creation of the bombs that destroyed Hiroshima and Nagasaki. He was forever regretful at the calamity they had caused, however, and later spoke out against the use of science for immoral ends.

Sofonisba Anguissola was a great woman painter of the Renaissance. Until the internet came into being I didn’t even know she existed. Woman artists rarely make it into art books. Yet some of her paintings are just lovely. They warm my heart because they show people enjoying life and doing quite ordinary things – even smiling! One of her most famous paintings shows a few young girls playing chess and smiling. This was quite rare in those days. There’s also a self-portrait of the artist at her easel.