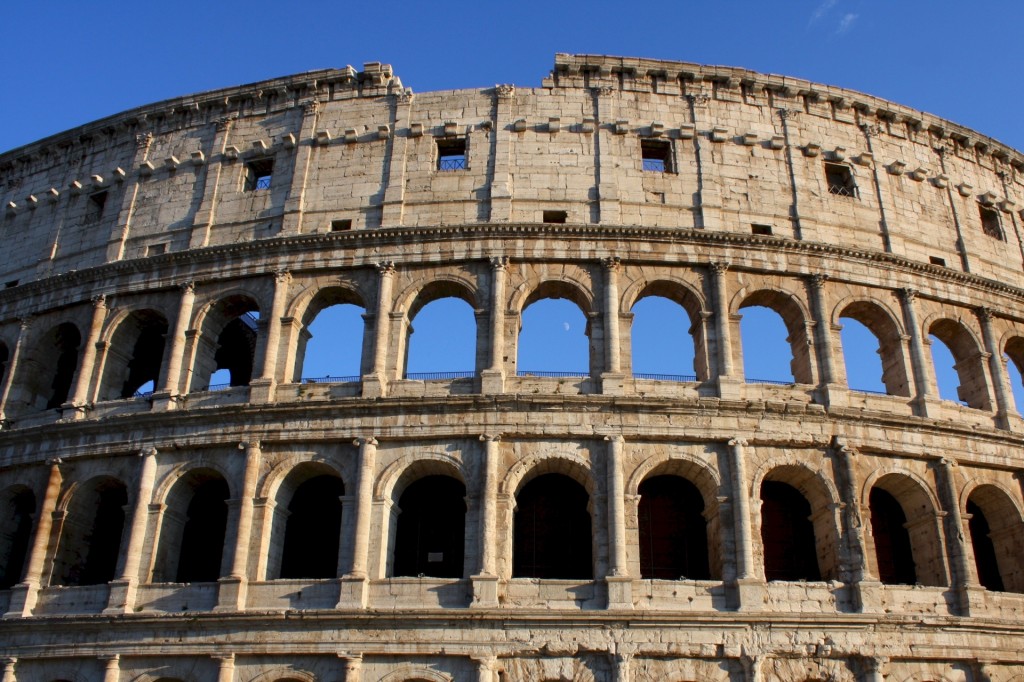 As you may recall from our last few classes, teasing out the interwoven causes, variables and factors that contributed to an important historical event is a tricky business. There is rarely a single cause that leads inexorably to a single effect. The fall of the western part of the ancient Roman Empire is a case in point. Many factors contributed to the Roman Empire’s gradual decline and final collapse; indeed, the event was so complex that Edward Gibbon, the famous historian, wrote six long volumes on the topic.  Rome’s collapse, furthermore, was to have a profound impact on the development of medieval Europe.

I do not expect anything as exhaustive as Gibbon’s masterpiece from you, but a detailed page of notes on the possible factors involved in Rome’s decline and the effects of its fall would be more than acceptable to me.

Use the links below to create a concept map of the factors that contributed to this crucial event and its effects on the world of medieval Europe. You may choose to employ my graphic as a starting point or instead use your own note-taking style. 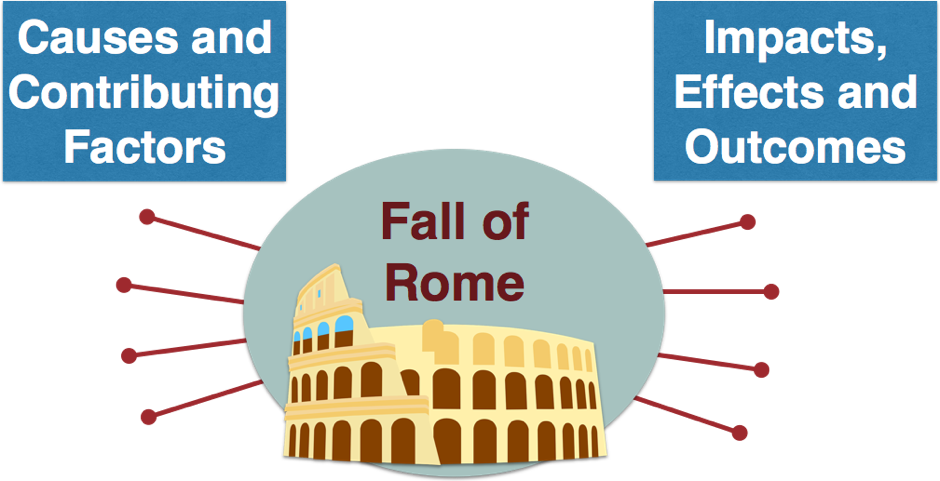 Questions to ask yourselves as you read:

a Gibbon thought we should ask why the Roman Empire lasted as long as it did, rather than why it fell. This is a whole new way of considering the issue. What do you think?

b What were the possible benefits of Rome’s fall? Is it accurate to assert that its fall ushered in the so-called “Dark Ages”?

c To what extent did the splitting of the Empire into western and eastern parts weaken the west and contribute to its gradual decline?

“The decline of Rome was the natural and inevitable effect of immoderate greatness…” – Edward Gibbon, writer of The Decline and Fall of the Roman Empire

Links on the Fall of Rome

Words for describing cause and effect in history: